Photo 33 (above). In the south-eastern Berwyn Mountains several small hills rise steeply above the Tanat Valley, such as Moelydd Uchaf (285m) above. The steep slopes of many of these hills are composed of hard igneous intrusive rocks, in most cases porphyritic felsites, which are locally brecciated. It is thought that these may represent the central plugs of ancient volcanoes, which have been exposed by uplift of the Berwyn Dome structure and subsequent erosion of the overlying Carboniferous limestones. 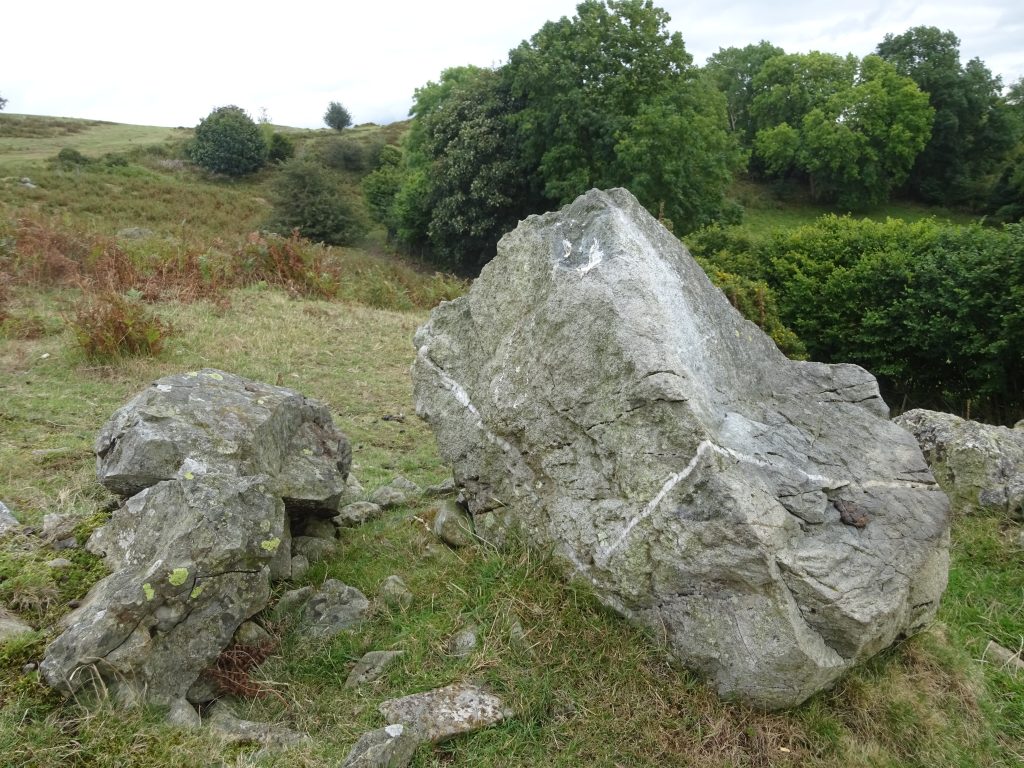 Photo 34 (above). Close-up view of boulders and outcrops of porphyritic felsite on the slopes of Moelydd Uchaf. These tough, angular igneous intrusive rocks contrast sharply with the overlying layers of Carboniferous limestones which form the crest of the hill behind.