The Denbigh Moors: After the Volcanoes, Silurian Turbidites in a Subsiding Basin

Photo 3. The Denbigh Moors and Conwy Valley: This spectacular roadside exposure in an A470 main road cutting, just north of Llanrwst, shows an excellent, quite new exposure of the mid-Silurian Wenlock age turbidites of the Denbigh Grits Group. These relatively ‘proximal’ turbidites were probably sourced from an uplifted landmass to the west (possibly the Ordovician rocks of the Snowdonia Massif/Irish Sea Platform) and transported eastwards as sediments into a deep marine basin, the Denbigh Trough, which lay across North Wales in Silurian times. This subsiding basin was probably defined along its western margin by the Conwy Valley Fault, which was active at this time. The upper part of this exposure clearly reveals thick, pale greywacke sandstones, which overlie darker mudstones and siltstones below, most of which are deformed internally due to slumping and sliding within the marine basin sediments. 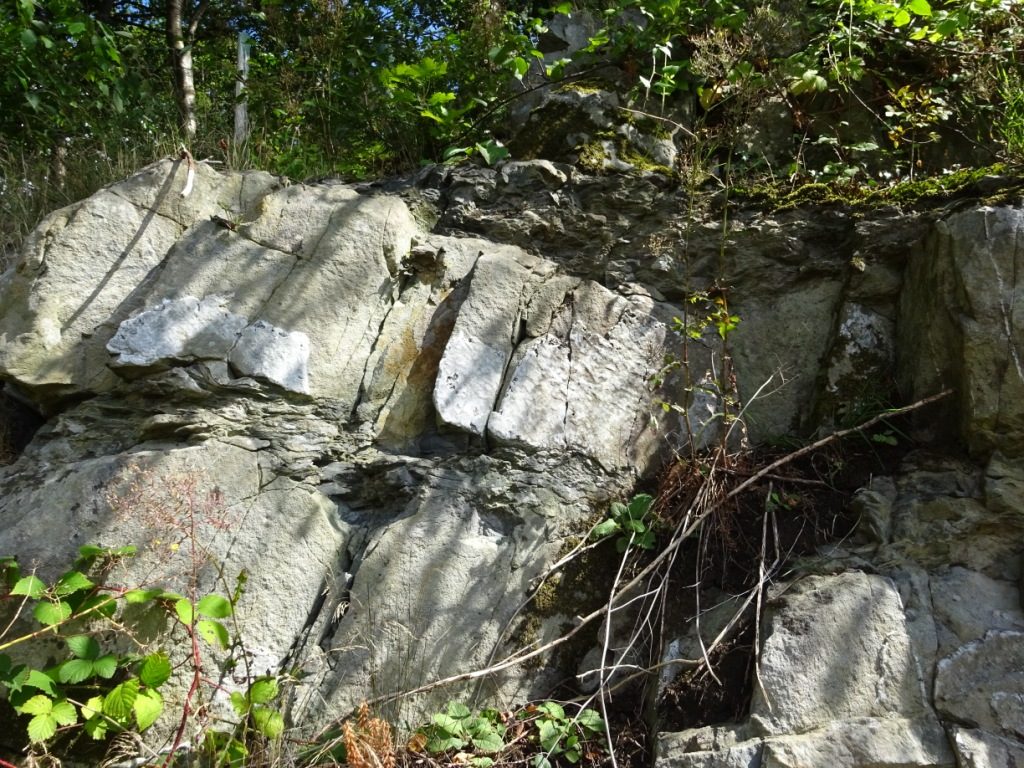 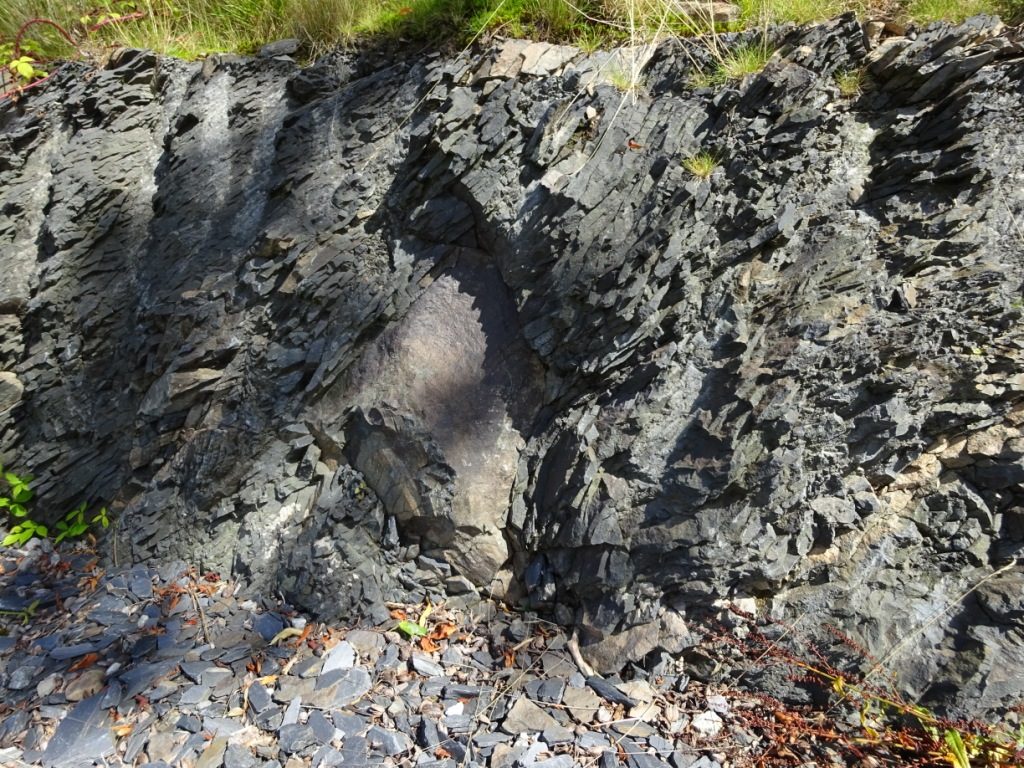 Photo 4, left above. Close up view of the thick beds of turbiditic sandstones, separated by deformed mudstone units,  upper part of A470 road cutting, north of Llanrwst.