You are here: Home » Events » Cluster Meeting Presentations » November 2018 – The Geology of Mars

The adventures of the Curiosity rover at Gale crater, Mars

Last night a packed audience at the Royal Cambrian Academy listed to Sanjeev Gupta from Imperial College in London, one of the team of geologists among 400 or more scientists advising NASA on their Curiosity Rover exploits over the last few years. There are even scientists from Aberystwyth University in this group.

Sanjeev was truly entertaining, starting with some of the history going back many centuries into early astronomers ponderings about Mars, all the way through to the 1930s when there were still some who believed aliens had built a network of canals on the planet !

Sanjeev then were through Curiosity’s journey on the ‘red planet’ and how the detailed planning has to be done to move the rover even a few metres to stop at a rock and take a sample. The range and detail of the photographs were truly amazing and kept everyone enthralled. Many of the photos can bee seen on the NASA website but unfortunately he is not allowed to share his presentation as it contained many details on the NASA planning process, etc.

Geoscience Wales was also pleased to welcome a group from the North Wales Astronomy Society who we believe thoroughly enjoyed the talk. Thank you Sanjeev for making such a dry dusty geological environment so interesting. Some of the geological features that Curiosity has been able to show the world are very varied, unconformities, cross bedding, diagenesis, secondary veining etc. 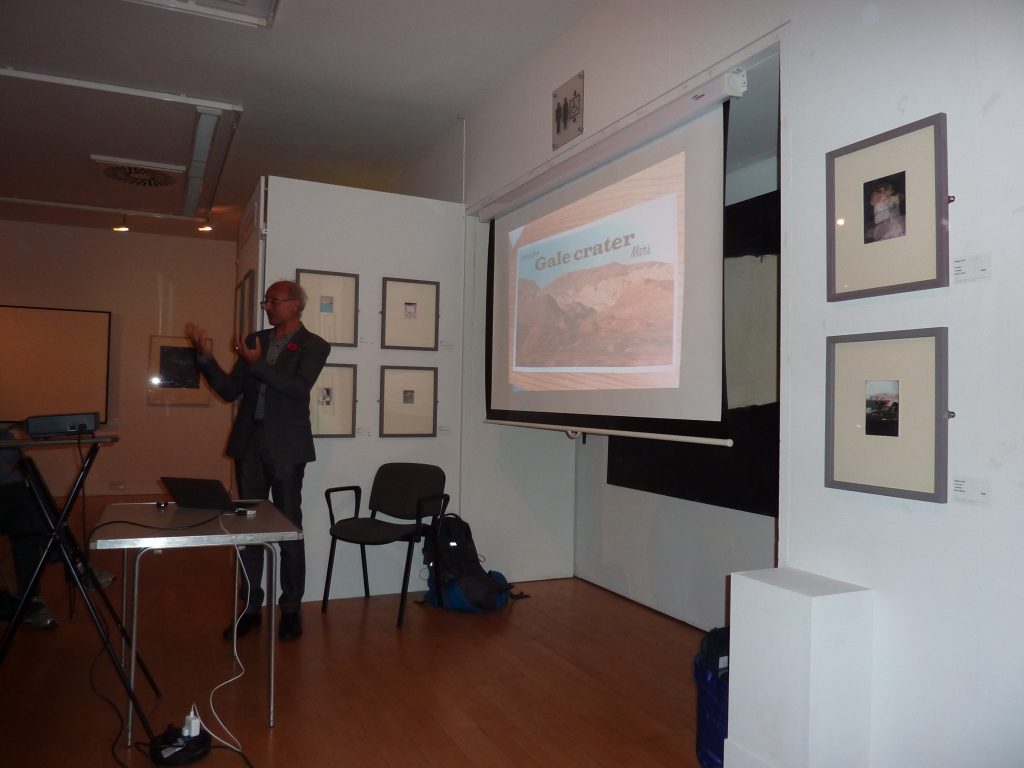 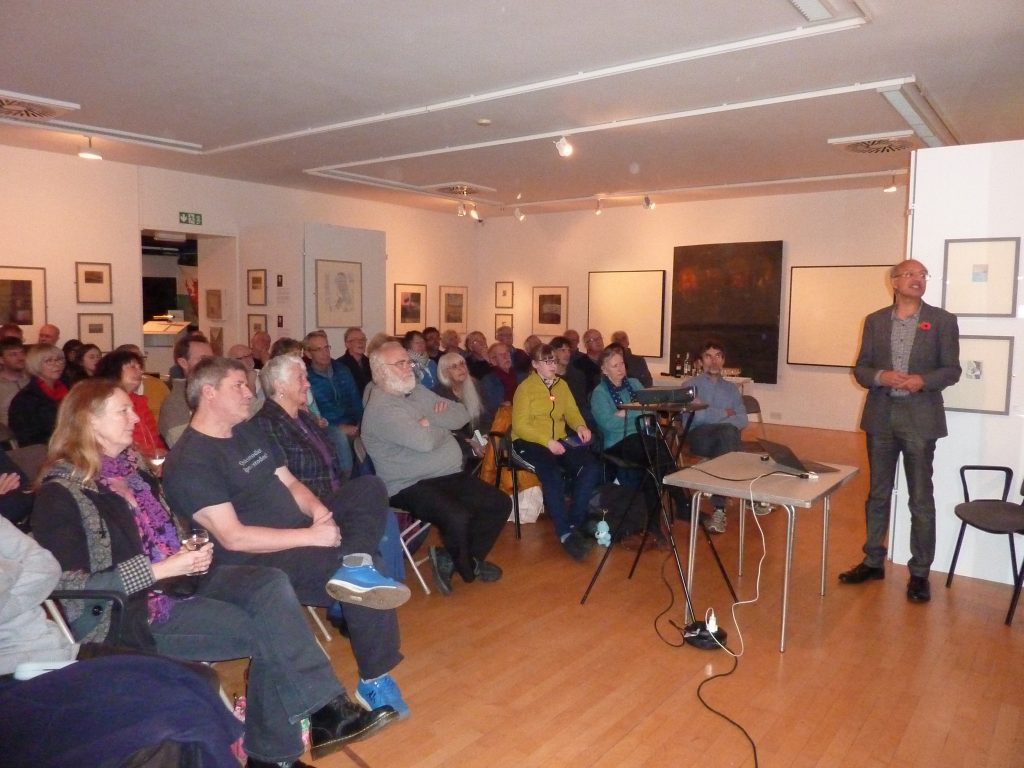