December: The Quaternary Period, and Wales to the Present Day

By the late Tertiary Period global climate had cooled significantly, and large regional ice sheets began to develop in Antarctica (which was now situated over the South Pole). Later on, large ice sheets also began to develop in Greenland, and eventually in northern Eurasia and North America, as the underlying crust of all these continents had continued to drift northwards during the Tertiary. 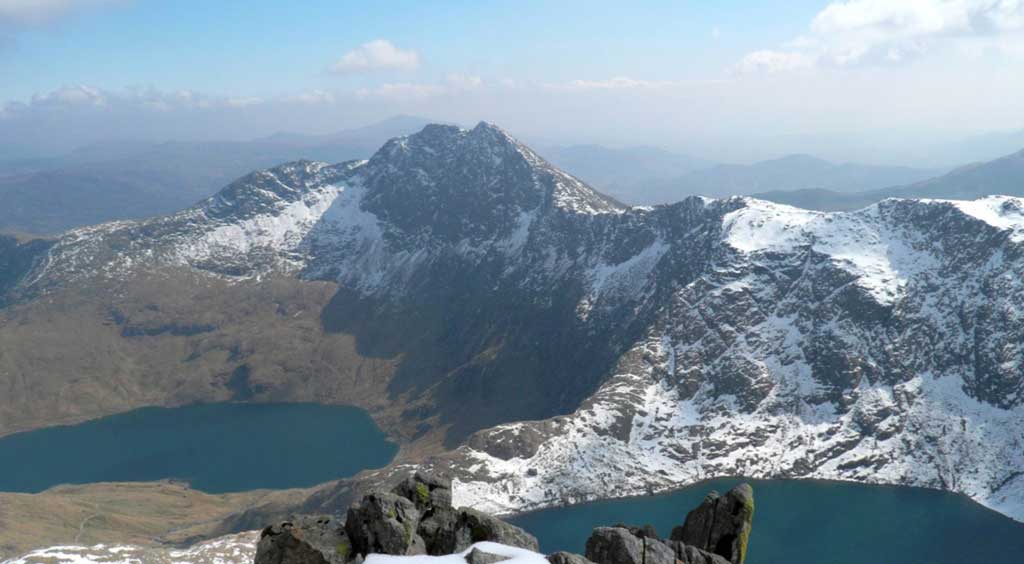 Photo 41. The sharp rocky summits and ridges, and deep lake filled valleys of Snowdonia were excavated by glaciers during the Pleistocene Period.

By the Quaternary Period (1.8 million years ago to the present day), Wales, most of northern Britain, and the northern parts of Scandinavia were far enough north, and sufficiently cold, for snow to accumulate on the land surface permanently, forming large ice sheets and ice caps over Scotland, Northern England, Ireland and the Welsh Uplands. In reality though, climate fluctuated several times during the ‘Pleistocene Epoch’ of the Quaternary period (1.8 million to around 10,000 years ago), leading to repeated advances and retreats of the ice sheets and valley glaciers, and dramatic rises and falls in global sea levels as water was repeatedly taken up in the ice sheets during ‘glacial periods’, and then released back to the Oceans as they melted in ‘inter-glacial periods’.

In some of the warmer ‘interglacial’ periods, between each ice advance, the climate was sufficiently warm for tropical animals and plants to survive in the U.K, evidence of which has been found in parts of southern Britain. However, as the latest major ice sheet to cover most of northern Britain and Wales did not melt until around 20-18 thousand years ago, its valley glaciers and ice sheets tended to erode and remove most of the depositional evidence for earlier ice sheets and interglacial deposits in these areas, although evidence still remains outside Wales, in areas which were not covered by this latest, ‘Devensian’, ice sheet. In Wales today though there are still many signs of the existence of at least the final phase of glaciation, with many of the higher Welsh mountains exhibiting sharply honed ridges and summits which were excavated by corrie glaciers (see Photo 41, of Snowdonia, above). The abundant rock debris eroded from these summits was transported on, within and beneath the extensive valley glaciers and ice sheets and dumped as lateral, medial and terminal moraines and thick sheets of glacial till, across the lowlands of Wales and in the neighbouring Irish Sea, Celtic Sea and Cheshire Basins (see Photos 42 and 43, of ice scraped rocks and glacial moraines in Snowdonia, respectively). 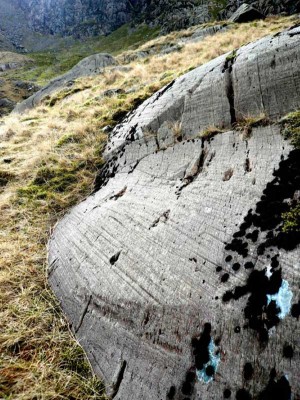 Photo 42. Ice scraped bedrock in Cwm Glas Mawr, Snowdonia. The glacier which eroded this rock surface moved towards the observer. 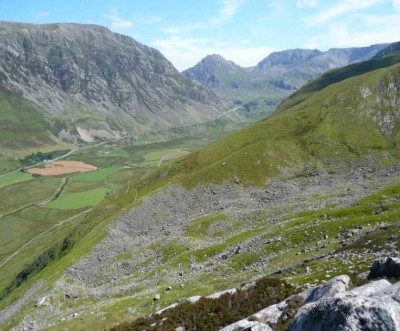 By about 10,000 years ago, during the ‘post glacial’ ‘Holocene Epoch’, most if not all of the glaciers in Wales had melted, but the landscape continued to be modified by late-glacial and ‘post-glacial’ processes. As the ice sheets melted back, and returned millions of tonnes of water to the oceans, global sea levels began to rise, resulting in the ‘Flandrian Transgression’ from about 13,000 to 6000 years ago, although this process was often complicated by associated ‘isostatic rebound’ and uplift of the land surface, due to the removal of the weight of the ice sheets. This interplay of sea level and land level rises and falls, led to a stepped, but eventually progressive, retreat of the Welsh coastline to roughly its present position by about 6,000 years ago. However, as large areas of the present day shallow sea bed had previously been exposed as dry land (prior to the final sea level rise) they had been exposed to both wind erosion and vegetation growth, and were either forested, or formed wind-blown coastal sand dune systems. Today, particularly at very low tides, remains of some of these forests, and related peat deposits can sometimes be seen around the coasts of Wales, for example in south Pembrokeshire near Amroth and off the west coast of Wales, south of Aberystwyth. Extensive sand dune systems, now mainly re- vegetated by coastal grasses, and re-flooded former glacial valleys, presently occupy many of the Welsh coast inlets and estuaries, such as the Dovey and Barmouth estuaries, the Conwy Estuary and many of the estuaries of Pembrokeshire and South Wales (see Photo 44, left, of Holocene to Recent sand-dunes near West Shore on the Conwy Estuary near Llandudno). These landscapes and those of the rest of Wales will continue to evolve, today and in the future, as geological, biological, climatic and geomorphological conditions continue to change over the next few thousand, or even several hundred million years, as they have done in the past. 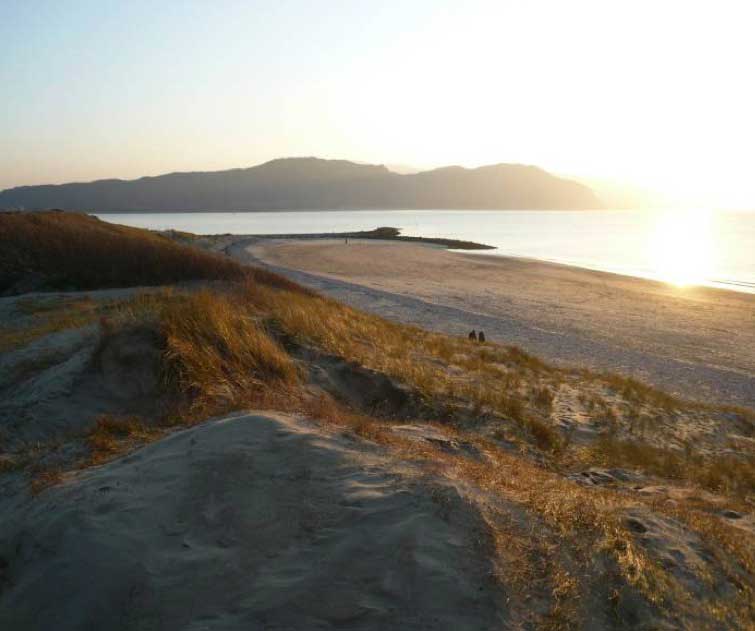 Photo 44. Holocene to Recent sand dunes at West Shore, near the mouth of the river Conwy with the northern end of the Snowdonia Mountains in the distance. As sea level rose at the end of the Ice Age river and beach sand was blown onto the North Wales coast to form sand dune complexes, with many similar dune systems also being formed along other parts of the Welsh Coastline. Just off-shore, in many parts of Wales remains of once extensive forests and peat bogs have been found, representing these previously lower sea levels