Last night in the Royal Cambrian Academy Jim Henderson, a very well respected geophysicist gave a detailed review of the potential for reef development in the Zechstein carbonates and then their potential to hold commercial quantities of hydrocarbons, expected to be predominantly gas.

The shape of reef structures was shown through leveling the seismic sections to the base of the Zechstein, where the sub-rounded domes became more apparent.  It was also possible that these reefs were exposed above sea level for periods and became eroded resulting in Karstification.  As a result. seismic profiles could be seen with developed fracturing.  Comparison were made with the well data from the nearest acreage that had been drilled and the data all pointed towards the possible major reef development trending North Eastwards off this southern fringe of Mid North Sea High.

Due to the sensitivity of the data and the current holders of this acreage, Jim is not allowed to share his slide set with Geoscience Wales, but it gave our Associates some real insights into this set of rocks in this under-explored area. 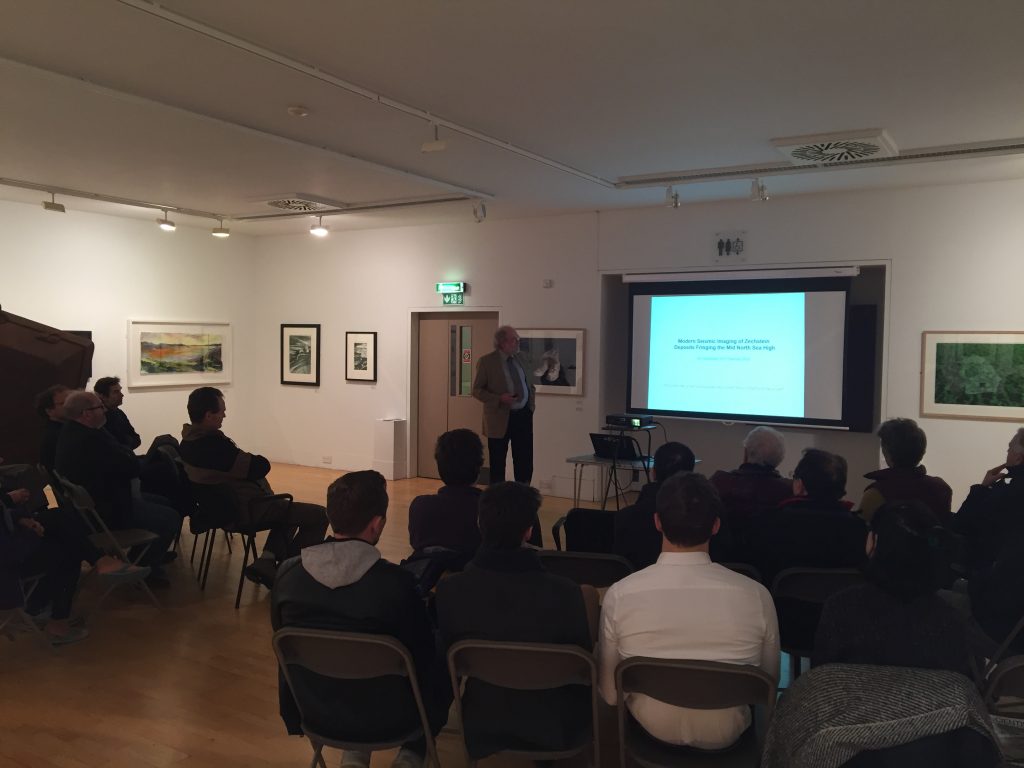 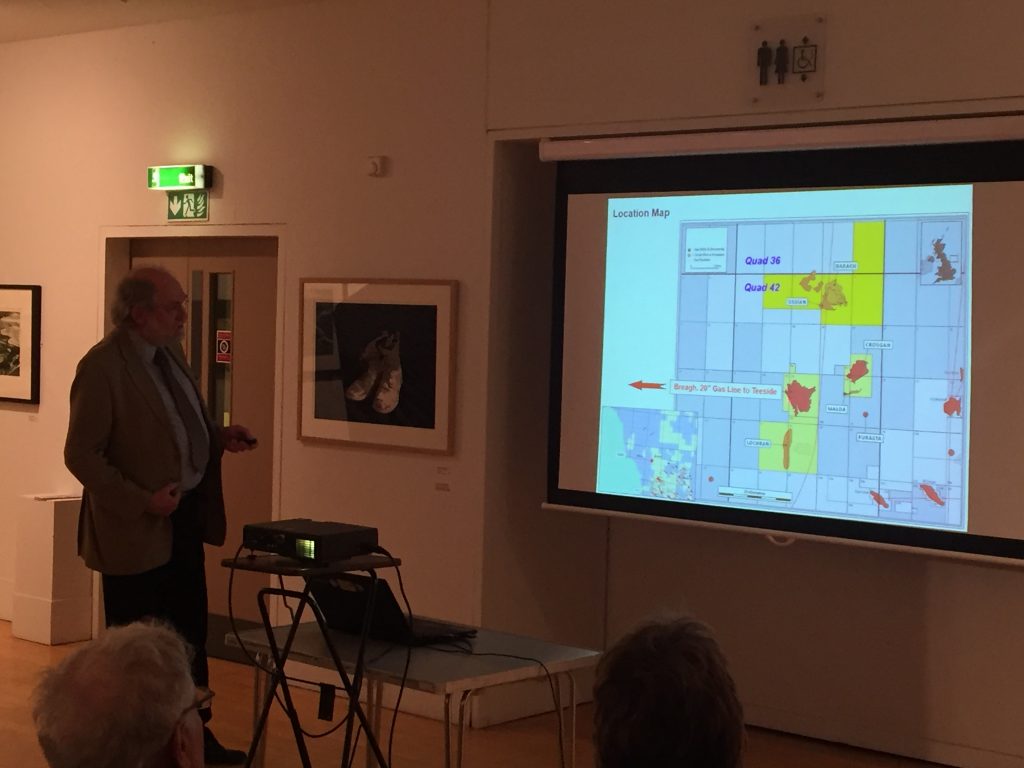