“Simple is Beautiful”  – a Tunisian oilfield from Development to Depletion

On the 15th March Chris Wynn gave an enthralling talk on the Oudna field. Chris had joined a small entrepreneurial E&P company based in Switzerland who had acquired acreage offshore Tunisia which had a small stranded discovery which previous operators had looked at and dismissed. It had lain undeveloped for > 20 years.

Obviously working in a very small multi-disciplinary team, they brainstormed various ways to secure as much oil as possible in the shortest possible time, based on the economics of an FPSO they had under contract elsewhere offshore Tunisia.

Chris walked us through the reservoir evaluation, planning and execution of the single producing well (plus 1 injector) and its production life of just a few years to economic depletion.  Finally Chris admitted that the success of this development was really tied to the movement of the price of oil during the planning and production phase – upwards ! This meant that the economic plans were based on a base line $/bbl which was exceeded for the vast majority of the field’s production life.

A summary subset of his slides approved by the Operator for release. – HERE 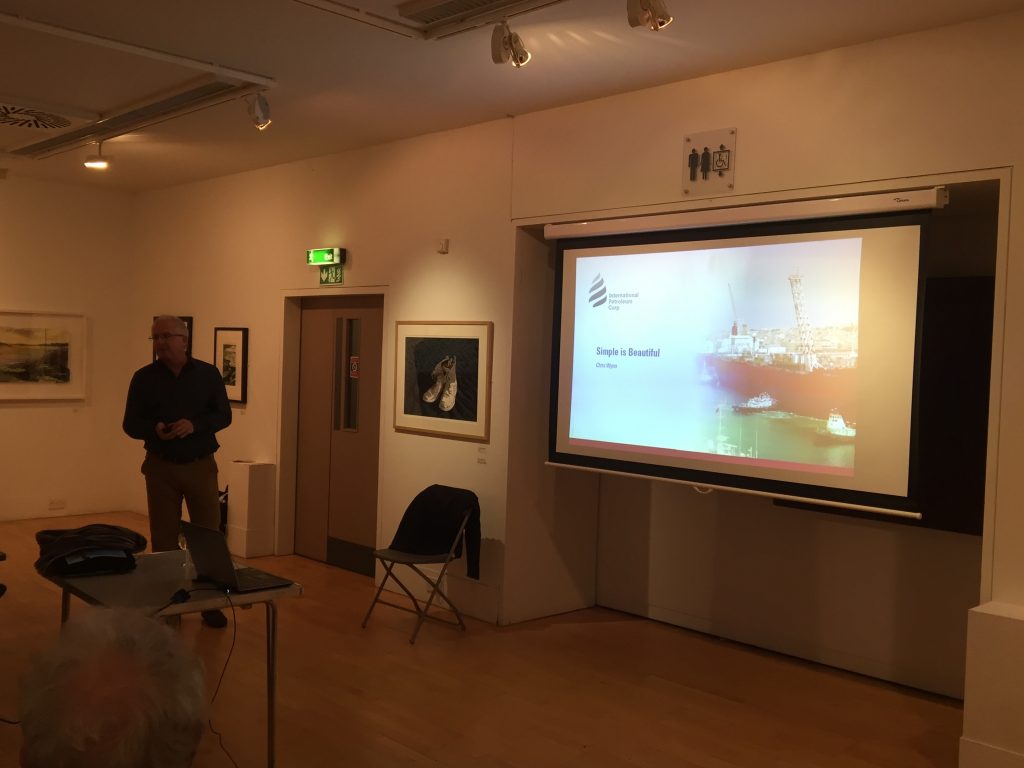